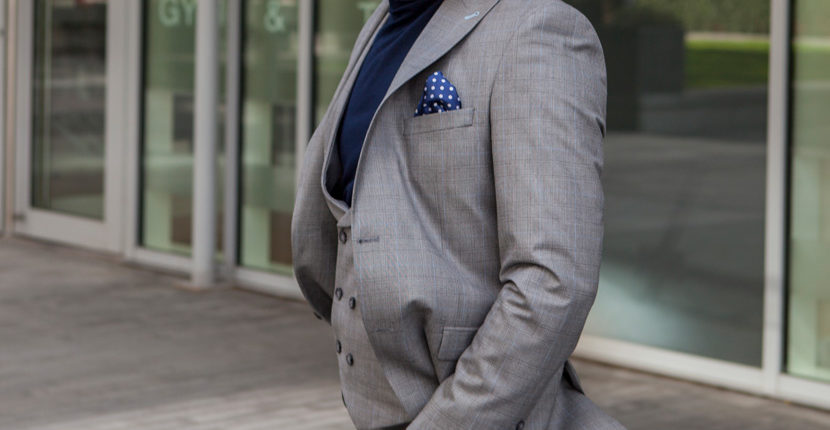 A Short History of Pocket Squares

Pocket squares are making an impressive comeback. Usually made of silk, linen, cotton or wool, they come in a variety of patterns and colours and they can be folded in many different ways. This little piece of fabric will help any gentleman show a bit of creative flair and turn his 3 piece suit into a fashion statement.

But how did it all begin?

It’s impossible to write about the history of the pocket square without first acknowledging its humble ancestor: the handkerchief. Ancient Egyptians carried small squares of linen which we assume were used for their personal cleanliness but, strangely enough, it appears that some of them were dyed. This wouldn’t have served any practical purpose, so the reason must have been aesthetic. In ancient Greece, the wealthy covered their mouths and noses with perfumed cotton handkerchiefs, a habit that lasted until medieval times, both because bathing wasn’t that common at the time and because there was very little protection from airborne diseases. In ancient Rome, the drop of a handkerchief signalled the start of the gladiatorial games.

So, handkerchiefs have been around for thousands of years. But how did they gradually evolve from a necessity into an accessory? People have always used fashion to stand out and project their status and wealth. While the poor carried simple cloths to wipe away sweat after endless hours of manual labour, the rich invested in silk and decorated their handkerchiefs with fine lace and elaborate embroidery. Some were so precious that they were valued as works of art. Ladies would gift them to the knights who stole their heart or wave them to show their approval in public events and royal courts favoured them as gifts.

The turning point, however, was the 19th century. As suits became the staple of men’s fashion, the handkerchief moved from obscurity in the trousers’ pocket to prominence in the jacket’s breast pocket. Many gentlemen even carried two separate handkerchiefs, one as an accessory and another for more practical uses, but the manufacturing of disposable tissues eventually obliterated any need for a reusable cloth to wipe one’s nose or face. Hail, the pocket square, which dominated men’s suits for decades before briefly losing its appeal in the eighties and nineties.

So what does a gentleman need to know about pocket squares?

If you want to know more about the history of men’s fashion, read our blog on the history of suits and sign up to our newsletter for a weekly dose of style, etiquette and our latest collection of luxury three piece suits.